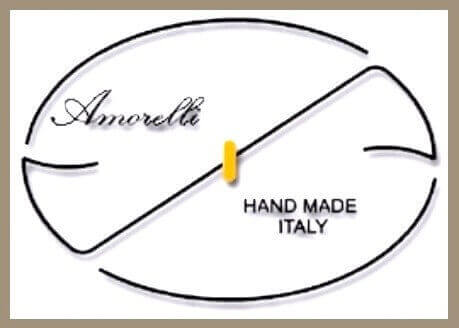 7438628748258The china name originates from the Quechua word Inca, used for the bark Cinchona, or Quina Quina-Quina.

The scientific name of the plant, Cinchona officinalis, was given by Linnaeus, and has its origins in the legend.

As written by Sebastiano Bado, in fact, it seems that in the seventeenth century the wife of the viceroy of Peru, Luis Jerónimo de Cabrera, the Ana de Osorio Chinchón had been treated by intermittent fever from which she was suffering thanks to an Indian that He administered a preparation containing cinchona bark.

The Indians knew since time immemorial the curative properties of cinchona noting that animals that were watered with the reddish water of a pond, become such for direct contact with the bark of the plant, they exceeded immune to the epidemic period.

According to this tradition, the countess, to thank the healing ordered the care of the poor in Lima and made publicity of his case also in Spain.

In 1930 he was found the Official Journal of the viceroy de Cabrera.

In this diary it is contradicted many of the things written by Bado.

It is said that Ana de Osorio, before Chinchón, died in Spain at least three years before her husband was appointed viceroy of Peru.

It was the second wife, Francisca Henriquez de Ribera, who accompanied the Count in the Americas, where he enjoyed excellent health.

The same count fell ill several times of fever, but was never treated with berries.

His second wife, then never returned to Spain.

He died in the port of Cartagena during the return trip.

In light of these revelations, all the stories Bado receive little consideration by historians.

One believes rather that it was the Jesuit Bernabé Cobo (1582-1657), who explored Mexico and Peru, to introduce quinine in Europe.

Took the berries from Lima to Spain, and then in Rome and elsewhere in Italy in 1632.

Confirming this is the fact that in the past quinine was also said pulvis gesuiticus.

Quinine was extracted from the bark of cinchona and was isolated and named in 1817 by French researchers Pierre Joseph Pelletier and Joseph Bienaimé Caventou.

The first appearance in Italy in 1612 and in 1906 given the important medical journal Lancet wrote of the importance of the action of the Jesuit fathers.

In 1928 the bubonic fever entire state of Nigeria was eradicated with the systematic use of quinine in low concentrations (5-10%) mixed with water, lemon juice, cocoa and mint.

In 1884 Dr. Giuseppe Clementi, expert botanist, began producing his own pharmacy in Elixir of Fivizzano, in the Lunigiana.

Since then the recipe from generation to generation has been jealously guarded and handed down to the present day.

The historical pharmacy unfortunately suffered the severe earthquake of magnitude of 6.4 on the Richter scale in 1920, with damages due to 10th on the Mercalli scale, which caused 300 deaths and hundreds of injuries.

There remained no living home and those few who remained standing on top of thick piles of rubble, thanks to a miracle, reported lacerations and so deep gashes that the next shock, despite very light in terms of intensity, the ruined soil permanently.

The entire population was in the open, accompanied in makeshift tents.

With great tenacity the pharmacy has been carefully restored and still manages to enact all the charm of the pharmaceutical tradition.

Currently the ancient Elixir is produced in the nearby distillery, housed in an old industrial building with an adjacent hydroelectric plant.

The preparation Elixir of two valuable species of cinchona bark: Calisaya and succirubra.

Important, I would say fundamental, is the entire production process.

This provides for the reduction of bark into pieces expertly calibrated and placed in a water-alcohol solution simultaneously with herbs and orange zest to extract the properties and characteristics.

After several passages, the dyes are mixed with alcohol and sugar and you get the basic product for the aging in pyramidal containers in stainless steel, according to the method soleras, for about a year.

During this period, the Elixir it clarifies and refines the flavor reaching the optimum taste.

In 1911 in Rome, the China of Dr. Clementi was awarded the gold medal in the context of an international exhibition.

This was the first official recognition for Elixir based China.

We are to review an authentic Elixir of rare goodness, still produced with the sacred chrism of the past.

No more looking for quality raw materials, no longer maceration and refinement, but only and exclusively dilutions and jams for a final result disappointed that leaves the palate and the spirit of the taster.

The Elixir of Dr. Clementi surprises you instantly for its impressive range organoleptic ranging from perfumes of medicinal herbs, citrus fragrances, to caramelized notes and bittering bark of China.

On the palate flavors that reflect and reaffirm what the nose had previously perceived.

A bitter sweet note and structure of calibrated viscosity.

Creamy but fluid at the same time; never cloying and polite, the China Clementi flows on the palate leaving a pleasant feeling that accompanies us for quite some time after taking the miraculous Elixir.

Thanks Dr. Clementi! In his Pharmacy he is entering with a smile and you come out with Elixir.

Size 70 cl bottle is proposed in the historic box. €34.02
Produced only with the highest quality yuzu grown in Tokushima Prefecture. is an extract of the mapo, the Japanese mandarin. A... €11.89
This invigorating liqueur owes its properties to a prolonged infusion of China Calissaya root. €15.16
authentic liqueur from Croatia, is recognized as the "King of liquors". distillation of morello cherries. sweet and seductive... €20.49
The extraordinary quality of this liqueur derives from the type of fruit used, the blackcurrant of Burgundy Excellent ingredient for...

€11.48
The characteristic of this elixir is due to the infusion of pure plum juice in alcohol. Its taste is rather sweet and fruity. fantastic... €13.11
The elixir Sambuca Poli is part of the category of refreshing liqueurs of Mediterranean origin, Fresh anise scents. Dense and velvety. €30.33
The Ibicencas Erbe are the combination of a slow, careful and refined distillates of local herbs and plants, tea, aromatic bubbles and...