€137.75
Tax excluded
Subscribe To When In Stock

You have successfully subscribed to this product
SKU: 442 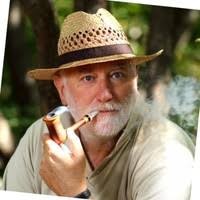 Distilled in 1998 and bottled in 2013, by Balvenie Single Barrel, that is, the first filling of the barrel with whiskey.

Thanks to this particular process, the barrel is filled for the first time with whiskey, giving rise to a unique distillate, rich in aromas and fine.

Balvenie Single Barrel whiskey matured in bourbon barrels for 15 years before being bottled.

This Balvenie Single Barrel whiskey can be considered a limited edition, with a maximum of 350 bottles drawn from a single barrel.

Balvenie 15 Y.O. Single Barrel First Fill can be combined with a Partagas P2. €5.95
Designed to help improve the experience of whiskey tasting both young and old. Officially recognized by Scottish distillers.... €30.60
The glass of the Glencairn is the solution to all problems tasting whiskey young or aged. Box containing 6 tasting glasses Glencairn whiskey €20.42
Tumbler tumbler for fine distillates without stem. It is the ideal glass for every day, for every drink and for every occasion. Very...

€27.48
Set of 4 old fashioned tumbler glasses in different crystal. Tumbler for whiskey and fine distillates without stem. It is the ideal... €101.57
Each glass in the set has a different processing and engraving. Create in the office a small corner bar style Manhattan luxury offices.

€8.40
Suitable for canadian whiskey and bourbon. It allows you to taste whiskey with ice. Concentrates the perfumes for better tasting.... €288.00
The most beautiful Insanus pipe by Ser Jacopo. The most particular form: the Woodstock. The most difficult to photograph. The most... €25.54
The set includes 1 Tequila glass, 1 whiskey glass and 1 glass cognac Tequila and whiskey glasses have a capacity and are 10.2 cm in height... €72.50
Gordon & Macphail Glentauchers 2004 is a new product to focus on to amaze your guests. The Speyside whiskey from Glentauchers is aged... The Yamazakura 16 Years Old is a blended whiskey aged for at least 16 years in oak ex-bourbon composed of a mixture of corn in greater quantities... €34.43
The balanced flavor of Aberlour single malt whiskey, combined with the complexity of its aroma, makes it perfect for entering the world of... €61.47
One of the most exceptional and smoky whiskey of current production. Aged in ex Porto casks. Bottled full grade vol.46%. Whiskey... €51.98
Excellent value for money. 15 years of aging in ex bourbon barrels. Finishing in ex sherry barrels. Smoky whiskey with sherry...
Customer ratings and reviews
Nobody has posted a review yet
Rate it

