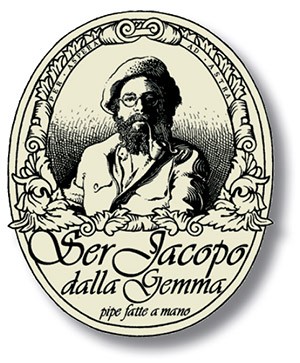 Bowmore 12 Years Old whiskey is one of the sons of Bowmore, considered the capital of the island of Islay.

Here, on the banks of Loch Indaal, the Scottish distillery was built in 1779.
One of Scotland's oldest distillation rooms, exposed to brackish winds from the Atlantic.
It is the proximity of the sea, the aging warehouses lapped by the waves and even below sea level, to determine the characteristics of Bowmore.
The maltage is carried out, for a part of the requirement, directly in the Bowmore distillery with a dosed quantity of peat, while the water comes from the Laggan river.
The Bowmore distillery is equipped with four stills, two for each distillation.
Bowmore whiskey 12 years of aging is produced using the water of the river Laggan, for over 2000 years the river has fallen from the hills containing the characteristic peat Islay, the same peat that is used as fuel in the oven to dry the malt.
The Bowmore 12 years old is the entry level in the prestigious range of Bowmore whiskey but is already complete and interesting, with an excellent value for money.
Peat, water, wood, men and tradition come together to create the refined, cozy and smoky character of the Bowmore 12 year old whiskey.

Tasting Notes:
Color: dark bronze.
Perfumes: the Bowmore 12-year-old whiskey is presented to the nose with an unmistakable aroma characterized by the smoky classic Bowmore mixed with notes of sweet sherry and heather honey scents.
Taste: Bowmore whiskey Bowmore 12 years of aging initially has flavors of sweet sherry followed by a robust smokiness with traces of fresh lemon peel.
The sweet taste of peat smoke is well balanced with a pinch of sea salt. €343.85
The Captain Warren pipe line is inspired by the Nordic custom of creating a double chimney pipe. Original project by Leonardo Da Vinci.... €44.26
Was created to recall the percentage, 62% just as the single malt used, of the Scots who voted, at the referendum on Brexit.

€311.89
The single malt Springbank 1993 and 22 years of aging by Pepi Mongiardino and Moon Import is a whiskey for Campbeltown whiskey experts and...

€391.39
Whisky that increases its value every year that passes ... Few bottles produced and all numbered, only 330 in the world! It embodies... €220.90
Longrow single malt whiskey is a particular production of Springbank that takes its name from a defunct Campbeltown distillery. Vintage... The Arran 14 years is a reference point of the distillery a sweet and fruity single malt, wonderful. Excellent gift idea for whiskey lovers... €64.34
The Nikka Coffey Grain, can be drunk, on ice, diluted with water, soda or used as the basis of particular cocktail to obtain a perfect...